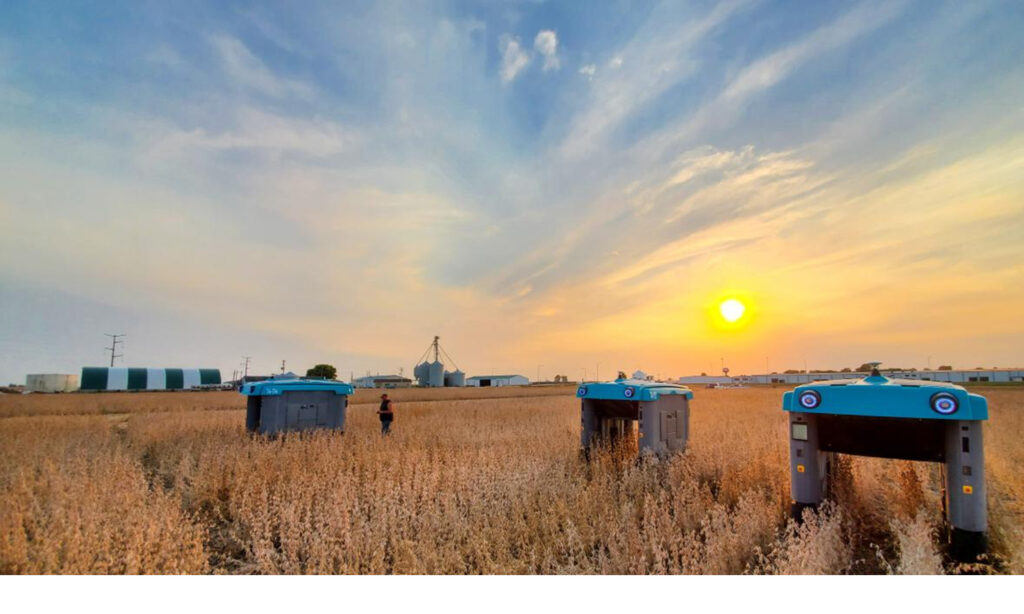 The NuViBOT project aims to realize in 18 months an innovative, autonomous robotic system, dedicated to emerging tree crops, to spray, weed, and manage grass in crops, in full respect of the environment.

The project is coordinated by Aitronik, which leads a Consortium made of SMEs and Research Centers in Tuscany, and won fundings from Tuscany Region under the POR FESR Toscana 2014-2020 call.

The heaviness of the operations of weed control and grassing, as well as the necessary treatments of the aerial part of the plants, are pushing the entrepreneurs of the agricultural sectors very hard. The changing environmental conditions due to climate change and the increasingly narrow time windows of treatment can find in the robots the ideal solution to operate with continuity and precision during all available hours, including nighttime.

The robot, called FloViBOT, has a gantry configuration (i.e. straddling the row of plants) with hybrid motorization and mainly electric power supply.

The FloViBOT robotic module is multi-functional, with several tool holders, as standardized as possible, to easily accommodate and control the different tools.
FloViBOT is equipped with a tunnel sprayer with an innovative profile that allows high savings of phytosanitary products. The robot also mounts the equipment for turf management and weed control. For the latter, beyond conventional mechanical tools, an advanced electrocution weed control system is developed and released with an expected TRL 5 (Technology Readiness Level).

Finally, the robot is equipped with an automatic guidance system capable of exploiting the advantages of low-cost technologies on the market, such as GPS, cameras, lasers, and RFID-UHF systems together with ad-hoc software that allows the robot to generate optimized trajectories, navigating in the open field with the accuracy and repeatability required by the application. FloViBOT is also able to adapt and react to changes typical of agricultural scenarios with high variability in which the project is placed.
The project provides, in addition to the technical validation in the field, the analysis of KPIs resulting from the introduction of this innovative technological system and the structural, instrumental, and cognitive needs for the company that introduces them and for the supporting territorial ecosystem (suppliers, maintenance, training of employees).

NuViBOT is developed by a Consortium led by Aitronik, which develops the autonomous guidance and navigation modules for FLOVIBOT. The sensor fusion architecture within the Navigation module integrates innovative RFID technology, developed by a team of researchers at the University of Pisa. The University of Florence is in charge of the overall agricultural scenario and develops novel technology for the new attachments connected to the robot.

The mechanical part of the robot is designed, manufactured, and assembled by Pazzaglia, the worldwide leader for the fabrication of machines for nursery. FLOVIBOT is tested on two different use cases: nursery and vineyards. In the former, Piante Mati (excellence in the nursery production of all sizes of ornamental plants), provides the testing scenario and leads the definition of the use case. The same responsibility is in charge of Siro Pacenti, a prestigious wine producer in Tuscany that won the prize as the Wine of The Year in 2019.

Would you like to know more? Get in touch with us!